Women-folk in Kashmir are a worried lot due to an increasing number of braid-chopping incidents being reported from several parts of the Valley over the past three weeks.

The incidents have been mostly reported from south Kashmir’s Kulgam and Anantnag districts with isolated cases being reported from other parts of the state, including Srinagar.

Police officials said around 50 such incidents have taken place in the valley but maintained that they are being blown out of proportion.

While no arrests have been made so far, the police has threatened legal action against those spreading braid-chopping rumours.

Special investigation teams and round the clock helplines have been also set up in every district to probe the incidents.

“We have to study the pattern. These incidents have taken place in other parts of the country as well. We have had more than 100 cases in Jammu region also…we have to go through the cases to find out who is behind the braid chopping and what is the motive,” Inspector General of Police (Kashmir), Muneer Khan said.

However, the steps taken by the police have fallen short in reassuring the people, especially women.

“I have stopped going out alone after so many incidents were reported in Kashmir. I never thought such a thing can happen in Srinagar,” Fatima (67), a resident of Tengpora, said.

Haleema, another elderly lady, said braid chopping is an assault on womanhood.

“I know some people might think it absurd to be obsessed with the hair locks but someone is chopping off a life-long association,” she added.

In some cases, over-zealous vigilantism has taken over the genuine concern against the attacks.

A youth — Nayeem Ahmad Malla — was thrashed by local residents in Delina in Baramulla yesterday after he was accused of being a braid chopper. The police had to rescue him from the clutches of the mob.

During questioning, Malla — hailing from Rafiabad area of the district — told the police that he had come to meet his girlfriend when people pounced on him.

“I am a lover, not a braid chopper,” Malla reportedly told the police.

The police has registered a case in connection with this incident and started a investigation.

“Miscreants involved in the violence will be dealt as per law,” a police spokesman said.

He appealed to people not to fall prey to rumours and reiterated that strict legal action will be taken against those seeking attention in the garb of braid chopping.

“Besides, rumor mongers and mischief mongers who take advantage of the situation will also be brought to book,” he added. 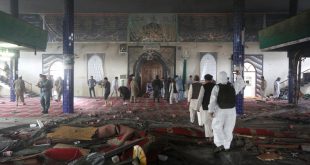 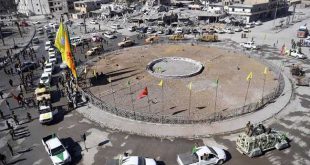 Free but in ruins, uphill struggle to rebuild Syria’s Raqqa 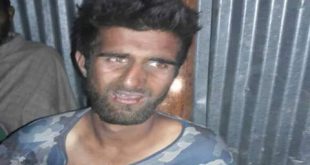 Find us on social media

Please support this website by adding us to your whitelist in your ad blocker. Ads are what helps us bring you premium content! Thank you!